“I will ask the Father, and He will give you another Helper, that He may be with you forever.” John 14:16

In India there is bribery in every  transactions,  officials and clerks every one beg for  the money for the work they have to do as an employee.  Government is paying their salaries, but they think it is paying to them freely, now that they must get money for the work they do separately  from the persons for whom they worked. Though they get Rs. 50 thousand,as salary, they are much more happy with the money they have taken from the people under the table, even though it is only 10000 or 20000/-

Some  shamelessly tell others that apart from the monthly pay  they would get some “other”money in that “seat” of the office work.  Even the parents check with the bridegroom how much ‘other’ money he gets, and on basing on the ‘other money’ they bargain the Dowry (money paid to the groom in marriage alliances).. and buy the groom for their daughters.

All this is abominable even to think;  even worshiping the male and female sex organs of stone, by pouring milk and flowers on it. in many cultures in the world. They do things which are so utterly shameful and never think that they are doing a shameful thing.
Christians also do not think that giving bribe or taking bribe is sin and shameless thing. They feel proud, by telling others, that they could “manage the matters” of any sort. Money is god for them.They worship it. If they slipped the paper money or a coin on the floor , they feel so remorse and take it and put those to their both eyes asking that idol to forgive them.

So taking or giving bribe is not a shameful thing in India, Every one irrespective culture, religion, and place  think “its the rule of the day”.  They cannot trust in God who can do everything possible. They do not want to take risk or wait upon the Lord. If you are person who do not take bribe or give bribe you will be humiliated in number ways both by family and public. Your work will be pending in the offices years together. The files would not be attended and the work would be done.

We tried many times and applied for a transfer to Eluru from Vijayawada for my husband, but we knew those applications were thrown into the dustbin; even then we never entertained even the thought to give bribe and get things done. My husband suffred every morning by getting into the train that takes him to Vijayawada early morning at 6 am. which is just 60 km from my place. It actually takes One hour drive. But as he could not go in Express Trains, by Season Ticket he used to wait for Passenger train which runs +three hours, to and fro. Many times the train used to stop at every station and wait for the green signal till other Express trains move. increasing the time period. He being a Railway employee the South Central Railway gives him 3 ‘Passes” and 3 Pto sets. All Railway employees use this Pass, to travel in Super Express trains, and reach the destiny within an hour. Actually the Pass once used to a destiny cannot be used again the next day from the same place as the Ticket collector should put his signature on it. Once signed it is not valid for another trip. Whole India we can travel form place to place once we started our journey to and fro. but never for second time on the same Pass. Many employees use it by ‘managing” the Ticket collector, by not getting his signature on their Pass for an year every day. But My husband never misused his set of Passes, in that way, which caused him to travel +6 hours every day.I used to toil every morning getting up at 4 am to give his breakfast and lunch to the place. Because we never entertained a thought to give bribe to get transfer, his application for transfer was never considered as his boss is an “Orthodox” briber, he is known for his bribing talent and skills. He never look at any personal file if the money is not given before the file go to his table and in front of him.

But that summer, 1991  when I was accused by my colleagues , that I am not keeping the timings of the college, I promised my  Principal that I will be punctual in keeping up my coming in and going out for the next academic year,1991-1992 in written form, I was terrified by that thought. My children school timings and my timings being the same, if the Rickshaw man would not come in time to pick them up, I was going to their school to drop them and to bring them back. I had no other support to meet the matters. I was merely helpless.

It was the month of May, I started to pray, I knew that the next year, if I am late even one minute to college, I will not be forgiven , the whole staff will devour me, especially Miss R who was very particular about this issue will take me to task.  I could not be at rest, So I started to pray about this issue.  Every day I was praying the Lord, to give me strength to face the next year college timings.  I was asking Him to give me proper help to face this situation.  My husband was working in the AEN Railway office, it was the 12th year, of his shuttling from Eluru to Vijayawada every day of the these  years.  Some times the Passenger train he boarded in, used to be stopped at the boarders of  Vijayawada , ie. Singh Nagar, and wait hours together to get clearance from the Station Master.  Though he was going from at 6 am, he was not able to go to office and sign in the register at 9:30 am, sometimes there used to be red mark at his signature place, and it means he was forced to  apply leave. Because he could not come home and go for ‘that half day leave’.  We were praying the Lord to get a transfer for him to Eluru, my husband used to tell me that his Boss is a briber, and he would not look into any application or file unless he is given bribe.  So what we can do?  We used to pray and wait even though there is no scope for the transfer within near future, We trusted in Him who could do impossible things to be possible. we knew we need to pray and watch as the persistent widow who expected Justice from unjustful Judge. “..

The Lord said, “Will not God bring justice to His chosen ones , who cry unto Him day and night? Will He keep  putting them  off? He will see that they get justice, and quickly,” ( however when the I come again, will I find FAITH on this earth?) Luke 18:2–7

When I came home after the college that last working day, I started to pour my heart at His feet.        “ Lord now, you know the staff in the college would devour me if go to college one minute late.  Because I had given a word to them through the Principal; every one will have an eye on me.  Especially Miss R is very particular about this, and she challenged me many times, saying that she too had principles by giving divorce to her husband because he took dowry.   What shall I do Lord please help me , Please help me.. I was in prostrate condition in front of His feet and begging Him pouring my heart to help me. I do not know for what I am asking but I could not contain the burden in my heart anymore, I need to tell Him what had happened and how I was committed to ,  While I was praying, in that month I heard a voice in that front room, at Chelamayya’s house, a rented house.
“ You were asking for a helper, previously I sent Fridge in the form a  HELPER, now Your husband will be your HELP , and you will  fulfill your commitment to college.

“My husband? How it could be Lord?”

“ He will get transfer”

The voice was so clear and in that instant I knew I heard His voice and His voice I can recognize.. immediately. as the sheep knew the voice of its shepherd. My sheep hear my voice and  I know them and they follow me” John 10 :27  “…the sheep hear His voice, and He calleth His own sheep by name, and leadeth them out (v3) the sheep follow Him for they know His voice (v 4) I am the good Shepherd, I know my own, my own know me (v 14)
Then I remembered the promise I got in 1984 in Vijayawada When I asked for a HELPER helper he sent Yesumani to stay with the children to Eluru, then in 1985 he sent the Fridge by telling me that its a form of HELPER” for me,  (Read the chapter” Story of the Refrigerator” in my book “When_God_Guides_you”) and now this is the third time God was telling me that He is going to send “His HELPER” that is, my husband, by ‘he getting a transfer to my place where I am working’. Is this impossible to believe? When His Spirit comes, He will let us know the things that would happen.

Is it wrongly written in the Scriptures?John 16:13 says, “When the Spirit of truth comes, He will guide you into all the Truth; for he will not speak in his own authority, but whatever he hears he will speak, and he will declare to you the things that are to come.“
for just little step of faithfulness , by not giving the bribe, my Father in Heaven was so kind to give me the blessings in abundant.
The miracle story of that transfer..in next episode.  Remember that our Lord is living God, He promises and fulfills in miraculous way.. if only we give Him time TO WALK WITH US. 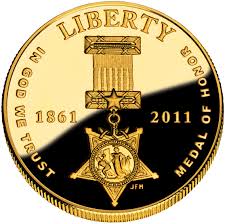 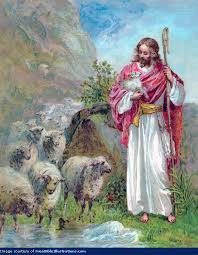 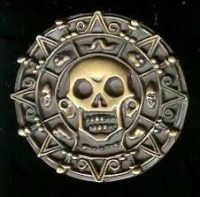