v.6.”…..not at all who are descended from Israel are Israel. “—— Israel is not Israel. All those who descended from Israel are not Israel.  Just because they are descendants of Abraham  they are not his children. v.7 Just because they call Abraham as their forefather , they are not the children of Abraham. On the other hand only the children of Isaac  are the  children of Abraham. In Other words, Abraham has had many children, both by Hagar and other concubines, all of them claim that their forefather was Abraham, and call them selves as Israel. But they are not. Only the children of Isaac, who was the son of Abraham by Promise, they are the Israel. Others , though they claim they are they are not. John 8:39-44 Abraham is our Father, they said;  “If you were Abraham’s children “, said Jesus “then you would do the things of Abraham did..you want to kill me, because I told I came from God…Abraham did not do such things. Your Father is not Abraham, but your Father is devil. a lair, a murderer, you speak lies”

Romans 9: 7. Isaac children are recognized as the children of Abraham. Not the other children of him.  These children of Isaac are the children of Promise. It means only those children born to Sarah Roman 9:9 are children of faith. They are the children born by faith, so they are Promised children, they have the faith of their father Abraham and mother Sarah, but other children were born to Abraham by Hagar are born by flesh, lust, and without faith, or promise. They also call themselves their father was Abraham. The other children also claim that they are having only one God. John 8:41 . you are saying God is the only Father we have , then Jesus told them, if God is Father for you, why do not you love me? I come from God, I did not come by myself, why do not you understand my words? because you never like pains to listen to my teachings.”

Roman 9: 10  Not only that, you know Isaac and Rebekah got children. Right?  The children of Rebekah has only one father, that is Isaac. No doubt about it. v.11 Yet, some thing happened here, She had twins in her womb, the children even before they were born started to fight with each other. The pain in the stomach of Rebekah was so terrible. It was a war between to brothers, just even when their umbilical cord was not cut off, even, even before they were out of the womb. The nature of these two boys was very visible to God in the dark womb of the mother. God saw them there.  One is interested to have Promise and faith of Abraham, but the other is interested not in that, but in food, hunting, clothes, and joy and mirth of this world by marrying heathen, He did not care about the Promise of God right in the womb. He was fighting with the other one, that he could claim the Inheritance of Kingdom of God even with this sort of lustful nature.  Strangely the nature of the children was determined by themselves right before they were born.(“Before I formed you in the womb I knew you, .Before you were born I set you apart: I appointed you as a prophet to the nations” Jer 1:5  You saw me before I was born.. Everyday of my life was recorded in your book. Every moment was laid out before a single day had passed. Psalm 139: 16- Upon you I have leaned from before my birth  :Ps 71:6–-) They chose how to live out side the world. Jacob was more interested in Godly things, Esau was interested in Worldly things; naturally both cannot live together. they fight, quarrel, and make war with each other always. Spirit and Flesh are in war with each other. Gen 25;21–                                                                                                                                                             Isaac prayed to the Lord, for children on behalf of his wife.  Strange Rebekah knew she was barren, but she is not the one who prayed for children ,but her husband, the faithful one who knew his mother and father prayed for him and begotten him by promise of God. So he prayed for children.  God gave twins in her womb, the babies jostled with each other within her and she said,” Why is this happening tome?”–the pain was terrible, so she went into the presence of God .. now, prayed about the matter.. she was answered,  Hey girl, there are two Nations in your womb,  two people come out of the children to be born, not only that they would be separated from one another,  and the older one will serve the younger, and younger will become very strong nation than the older one. ..” When the time came to deliver the children, there were two boys,  the first one who tried to come was ruddy in colour, and lots of hair on his body, in fact his skin look like covered with hairy garment,  so they named him Esau,(Edom)  After him his brother came out but he was still fighting to come first, so he was still trying to stop him to born first, so he was grasping his heel to stop him to born before himself. so he was named as Jacob,(he deceives, a cheater, cunning )Isaac married at the age of 40 years, only 20 years these two boys were born. Romans 9: 11 verse tells us, before the twins were born r had done anything good or bad–in order that God’s purpose in election might stand ….” NOT by works but by him who calls ”   God looked at Jacob and He loved him, He called him, its not by his works, He called him because it is His will and wish. that is all, no other reason. From very beginning Jacob was interested in Godly blessings, he wanted to get all the spiritual blessings even before he was born, knowing well he was not the First Born, The First born has special place in Israel. Ishmael was first born, but not by faith, or by promise. He does not have place in God’s plan of redemption. Isaac was born second, but he was born by faith. It makes all the difference. Again God shows that He was interested in Faith but not by the Law or Works. The Law of the Torah says,  ” its Honourable distinction ( Deu 15:19; Ex 34:19,20)  Levies were taken instead of the first born (Numbers 8:15-18)  A double portion of inheritance is for the  First born ( Deu 21:15-17)  Royal succession ( Col: 1:15, Heb 1:6, Col 1:18, Ps 89:27)  Authority over younger members of household   ( Rom 8:29, Col 1:18, Heb 1:4-6)—-Therefore The First Born son was the one who receive double inheritance and was the one who would inherit his father’s role as head of the family.

Jacob was aware of this great inheritance in the womb of his mother, and it so happened the situation was there he has to find his way first to come out of the womb as he got a rival , his brother who would go first out of the mother’s womb. This was not liked by Jacob he wanted to get that right just by coming out by pulling his brother, Esau, so he caught hold of his heel to pull him down and race his way out. Pitifully he could not succeed, after all they were twins, he thought just because Esau came out one minute before him should he get all the blessings from his father? So he tried his level best to get that birth right.  Whatever, God has other plans for these  First Born, . Some times God reversed the order , Jacob and Esau (Gen 25:21-26) Ephraim and Manasseh    (Gen  48:13-22) Reuben (Gen 35: 22, 49: 3-4 in case of Adonijah  and Solomon  2 cr 21:3)

There was a quarrel, a fight, a war between the flesh and Spirit, Jacob and Esau lives represent it, According Galatians 5:16-18 ) ..the sinful nature desires what is contrary to the sinful nature. They are in conflict with each other, so that you do not do what you want. But if you are led by the Spirit you are not under law.  The acts of the sinful nature are obvious: Sexual immorality, impurity and debauchery, idolatry and witchcraft, hatred,discord, jealousy ,fits of rage, selfish ambition, dissensions, factions and envy , drunkenness, orgies, and the like. So that was the fight between Jacob and Esau the first born, though.  Israel, just because they claim Abraham as their forefather they are not the chosen people or his descendants unless they live by faith just as Abraham lived, and whose faith was considered his Righteousness. He believed  God that is all that mattered. Those claim God without believing Him are not His children.

That was the reason God loved Jacob and hated Esau even before they were born,  Malachi 1:2,3– ” I have loved you”–says the Lord, But you ask , ” How have you loved us?” “Was not Esau Jacob’s brother? ” The Lord says Yet I have loved Jacob, but Esau I have hated, and I have turned his mountains into a wasteland and left his inheritance to the desert jackals. —-Is God unjust? Not at all!  Mal 1 :14  says  “Cursed is the cheat who has an acceptable male in his flock and vows to give it, but then sacrifices a blemished animal to the Lord. For I am a great king, ” says, the Lord Almighty and “my name is to be feared among the nations.” — You remember Abel and Cain offerings, too , Abel offering was accepted but not Cain’s. Why ? the Bible tells us– Cain was the first born  of Adam and Eve the first couple on this earth. Gen 4: 1-5 Cain brought SOME OF THE FRUITS of the soil as an offering to the Lord.  Abel brought brought from SOME OF THE FIRST BORN of the  flock.—–  So it is not game to play with God, What He demands is unblemished  spotless one, who can be cleansed only by His blood, not by just by birth.

God reserves the right to choose whomever he wants , But Exodus make some thing clear. Israelites were not chosen–Because of their bravery or impressiveness or even faithfulness. Their salvation was an act of God’s pure grace, no one else can take the credit.   Romans 9: 16 It does not, therefore, depend on man’s desire or effort, but on God’s mercy.  Exodus 9:16  And Rom 9:17            ” I have raised you up ( spared you) for this very purpose that I might show you my power and that my name might be proclaimed in all  the earth.”  Therefore God has mercy on whom he wants to have mercy, and he hardens whom he wants to harden. Rom 9:19

Then 9: 18 therefore God has mercy on whom he wants to have mercy and he hardens whom he wants to harden .  Romans 9:19—Then why does God still blame us? Who can resist His will?  Romans 9:20, 21; Isa 29:16, 45:9  ” Pottery–some for noble purpose and some for common use” That settled the matter there. Its His will and wish just as Dad in case of his two children.   Romans 9:22 What? God chose some to show His wrath, to make His power known? and objects of His wrath–prepared for destruction?  Romans 9: 24th verse says, “His riches of His glory know to the objects of mercy He prepared in advance in glory” OBJECTS?   Even us, from Jew and form the Gentiles. Hosea 2:23 ” I will call them , “My People”–hey, they are not His people in fact, I will call her “My beloved one” -“Hey, in fact she is not His beloved one.” 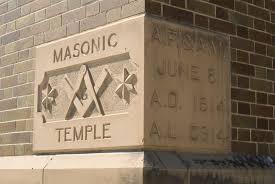 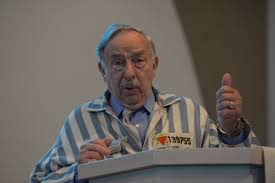