I was watching the documentary film on William Carey The great missionary in India, the founder of Seram pore college. The part where his son died and he had to bury the boy with his own hands was a heart wrenching scene. Due to caste costumes there were none to help him in this burial service. His wife Dorothy was weeping terribly, later she became a mental patient not able to cope up with the death of her son, poverty, and with the remaining three children. Then I remembered a Hallmark film of American settlers who arrived from Britain wherein the husband and wife had to bury their only child with their own hands because they were living alone in the fields, and the known people were too far from them. The husband built the house with his own hands, raised the cattle with his own hand, grew the crop , in between going far from home sitting alone and praying to the Lord with an agonizing heart. Wife could not understand her husband’s commitment, and was often sorrowful and misunderstood him. Then I remembered the Robert Frost Poem “Home Burial” where the wife could not understand the death and burial service done by the husband by his own hand.
In these three instances, 1) William Carrey and Dorothy.2) The Hallmark film; 3) Robert Frost poem Home Burial The theme is the same. Husband and wife were far away from kith and kin working hard for their livelihood, not having another helping hand to bury their dead son, digging the grave for their own son with his own hands. 4) misunderstood by the wife 5) sorrow and mourning on the part of both husband and wife 6) But they could not try to understand the feeling of one another, Ultimately the husband and wife relationship was ruptured and torn to pieces.
The lines in Robert Frost poem is a mirror of the feelings of Husband the wife in this dire situation,
There was a great gulf between the husband and wife. What we call nowadays is the ‘ Communication Gap’. Not able to converse with one another, Even if one tried to express their feeling the other never lent an ear to listen to the words of the other. Even when they listen each one is overcome by their own feelings, ego, and sorrow. The situation here in these three episodes is the same: their beloved son died, there was none to dig the grave, and to bury the dead body of their beloved offspring.
The wife has been expressive, grief stricken, and angry towards the husband for his inability to fetch the helpers, his callousness in doing the burial service. Being a woman she is shedding tears. Whereas covering his grief showing courage for the sake of the family doing his duty meticulously, which was misunderstood by the wife.
In these three instances wives were completely immersed in their own problems. The wife is not in talking terms with her husband, fear, disbelief in her eyes, terrified at the presence of her husband ruptures their relationship. Instead of understanding the dutiful husband and his responsibility, the wife blames the husband for his callousness which was not true.
Seeing his wife behaving dumb and deaf, standing still like a statue only shedding tears makes him crazy to the utmost. So he demands his wife “ What? Why are you standing there ? Tell me , talk to me, why those fearful looks? WANT to know NOW” he stressed his male chauvinism. He was tired physically , emotionally filled with grief, not able to show his agony outwardly, with false courage , he was torn into pieces, instead of her soft touch on his head with understanding her cruet fear piercing him . His forceful WILL , forcing her to talk, explain her behaviour WANTING TO KNOW made him more Vilnius in the sight of the tender wife, a weaker vessel.
“Why don’t you talk? Why did you keep mum? Why’d you say something?” were his perennial questions for which no answers met. She was convinced that this man whom she loved from the depths of her heart, for whom she bore lovely children ,if one is lost is this the way he tries to console her?
He was convinced that this is the young and beautiful girl to whom he promised that he would not leave her rich and poor, in sickness and in health, until death departed them? Is this the woman who travailed and gave these beautiful children to him? What happened to her? Was he not also suffering for the death of the child as much as she was? Why was she looking at him as if he was the responsible one to the death of the child? Why is she looking at him and saying things making him the culprit of the death of the beloved child? Was he not suffering for no one came in handy to help him to dig the grave? Digging a grave for one’s own child with own hands, was he not suffering much more than she was? Why can’t she understand him?
While he was insisting her to answer him her terrified face changed into dull, hopelessness, listless gloomy.
Neither of the characters could see the others’ point of view both were engrossed with their own grief, situation is such, no wonder both are parents, husband apart from grief burdened with responsibility, he can’t keep the dead body in the house, he has to go and dig the grave and bury the bay with his own hands. Wife feels it as and harsh deed burying their child with his own hands. {CONTINUATION}a

When you donot know how to pray 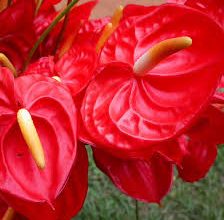 He closed my doors