Pharisees were always on ‘Look out’, to find fault with. They are in fact,”Jesus Followers” –never left his side. They have ‘spies’ to observe Him and listen to Him and bring every moment of Him to them. It looks like they had CC cameras even He was walking in the fields along with His disciples. They were checking whether they washed their hands before meals or not too. Whether they were following the rules of the Sabbath or not. Was it possible, that one among in His group was a spy, by following Him all the time, and taking all information to Pharisees?

Some people ‘observe’ and ‘listen’ to others all the time. They are on ‘Look Out’, Investigating’, or Testing ‘others most of the time. They have no other work except to know what others are doing.  They are there like CC Cameras. Funny in such places people are always on nails. It’s so irritating to be in such circles.  Not only observing but they do comment, often, like these Pharisees observing and commenting Jesus Christ.

All His good life, His Godly walk, good words He speak did not appeal to them, they never could appreciate Him. In some people’s dictionary there is no word like ‘appreciation’ or ‘positive’ remark for others. They always on Look Out to devour someone with negative remarks on positive happenings too. Because they consider themselves they are experts in Scriptures, they thought they are better educated in Scriptures than Jesus Himself. He being the Scripture Himself was attacked by these morons. He is the WORD, He became flesh, the Word became flesh and He was living among them. But how funny they were trying to teach Him how to follow the Word. (John 1; 1-3) First of all these dull heads do not have ‘teachable trait’ in their personality. The self-righteousness makes people proud to accept the Lord’s wisdom, blind and deaf for the righteousness of the Lord. They cannot see the Light of the world. (Ref: john 8:12) They live in darkness and feel they are the lights. Just as the insects, worms underneath a stone. Though it is in sunlight, they are happy to live under it in pitch darkness. Once we lift the stone and expose the light to those worms, they run away from the light. But as long as they were under the stone they boast themselves that they were in the sun light. That is the extreme stupidity of man.

Here we see Pharisees questioning Jesus. Strange they were quiet dare enough to come in front of our Lord and question Him on face without any fear. No wonder, people of this world reject Him out right, though they know He is spotless.  They do not like Him. Comparing to Him, after all what we are! How can we expect people to be attracted to us for any good we have or to the Word of God we preach and teach?

Peter was the one who said, “How can we leave You Lord, You have the words of life” (John 6:7) How many people could say like that and attracted to the Living Word?  All that they say they love Jesus and His words are not following His words. \

Well the question here is about Sabbath.  Sabbath is Saturday for Jews. It is not Sunday at all. If at all one want to follow Sabbath they have to follow Saturday to the iota of it. Like not cooking on that day or not walking outside the house, not doing any work of lifting, etc. There is a great list. The Jews do not switch on or switch off the electric lights on that day. They do not drive on Sabbath, suppose they go to hospital in emergency, by driving, they are not allowed to drive back home. They eat Cholent on that day afternoon which was cooked the day before on slow heat. But those who insist that Sunday is Saturday Sabbath are following these rules? These Christian Pharisees impose certain rules like not to study, not to write entrance exams, not to attend interviews, not to go to office on special duty etc. In Arabic countries there is no holiday on Sunday but on Friday. What are these pathetic Christians do?

God’s command is to work for 6 days and take rest on 7th day to remember how they were delivered from slavery. Because God rested on 7th day. Does anybody really know which day of the week is 7th day? For some it is Saturday, for some Sunday, for some it’s Friday.  Week of the Day is not important but Day of rest after 6 days of work is important.  Among Jews they do not work or go for their employment on Sabbath but the Rabbi is allowed to work even though it is his employment.  So the Pharisee Christians transferred all the rules of Jews Saturday Sabbath to Sunday. How?

Whatever in New Testament we see our Lord not giving any importance to the man-made rules for Sabbath. Our Lord never taught rules to His disciples on this subject. He never restricted them doing things prohibited on Sabbath. For example He did not object them to eat the grains from rubbing the grain heads in the field. Apostles also never mentioned about Sabbath to be observed. Sometimes they went to Synagogue to meet Jews to preach the Gospel to them. Jews and Pharisee Christians made the rules of the Sabbath very heavy on common fold, they impose rules and if anyone not able to keep them they were banished from the church, looked down at them and taken to task of punishment by making fun of them publicly also stop others to be associated with them. This is evil and demonic.

Jesus answered these Pharisees, by quoting David, he at the sacred bread allotted to only the priests in the temple was eaten by him and his men. Where is the tradition there? Where is the law that restricts them by letter?  Their need or hunger overcame the law. Thereby the Lord was admonished them saying, I prefer Mercy and Sacrifice not imposing restrictions on people.  What are speaking about Sabbath rules, remember I am the Lord of Sabbath. I do not give importance to your laws or rules of Sabbath. Stop it you Pharisee Christians to burden your folks with your yoke. 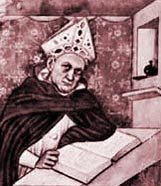 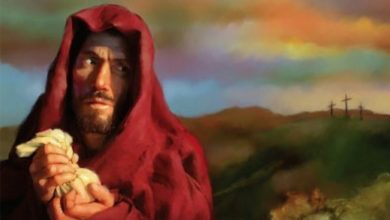